Yes, posting has been light this year: nothing since May, which is a bit terrible of me. But I deleted one of my social media accounts last month, and hopefully the time that frees up can be better spent making slightly longer and slightly more durable posts here.

There have been a lot of changes this year: the big one is in my work. I’ve had a job since October as a Bye-Fellow in Spanish at Fitzwilliam College, Cambridge (a Bye-Fellow is basically someone who is a part of a college and who does teaching for them on an hourly basis but at a slightly higher than usual rate, but who isn’t a full Fellow with voting rights and a say in how the college is run). This has been fun: I’ve also been teaching a bit of English and Russian for the University as well. I am going to carry on with this for the rest of the academic year, and beyond, if they’ll have me, but I am also going to be starting another job in two weeks’ time, as ADTIS Teaching Officer at the Language Centre in Cambridge University: this is a full-time job that provides teaching for international students on how best to understand and cope with the demands of their courses. I will have to be very organised this year.

As far as writing is concerned, I have not written much, but what I have written has (take my word for it) been true, beautiful, dynamic, relatable etc. The non-writing but book-related highlight was probably a whirlwind trip to a grey and on-edge Paris when the gilets jaunes protests were just getting started to read in Shakespeare & Company. I thought it went well, though what the metrics are for judging this I don’t know: number of thoughtful intakes of breath at the end of a particularly moving passage; quantity and volume of wry chuckles … No one walked out and no one punched me. I also did a couple of events in Cambridge and in London connected to the work of Batyr Berdyev and Annasoltan Kekilova, two poets from Turkmenistan whose work I am translating. These were worthwhile and maybe useful, I think.

And, death of the planet and of the UK notwithstanding, there are things to look forward to: I’m going to go to Scotland in March for a writing retreat at Hawthornden Castle. One of the reasons I haven’t written much these last few months is that I have a plan for a book-length poem in mind, and am mostly taking notes for it at the moment: hopefully these will all come together when I have a few weeks of dedicated writing time to get my head straight.

The perennial New Year’s resolution. As I said above, I will try to put more of what I do on this platform: not so much because I think anyone out there will necessarily be interested, but it will be a good exercise for me to write in a format that encourages posts of longer than (say) 280 characters.

Anyhow, books. I have read 180 books this year, at a total cost of £865. More books and more money than last year: this is partly the effect of being back in an English-speaking environment (the first six months of 2017 were spent in Spain), where books are easier to come by—e.g. the bookstalls on the Cambridge market are still reliably surprising—and partly the effect of having more money. It’s still too much to spend on pleasure, really, and I should curb it a bit more, but I don’t drive a car and I don’t collect expensive electronic gadgets, so it’s not like I’m bleeding money in other parts of my life. (This last sentence is pure self-justification.) My five favourite books of 2018 are:

Richard Lloyd Parry, People Who Eat Darkness: Love, Grief and A Journey into Japan’s Shadows. On the basis of an amazing, hair-raising article, ‘Ghosts of the Tsunami‘, in the London Review of Books in early 2014, I had been keen to read Lloyd Parry’s book of the same title about the 2011 Great East Japan Earthquake and its aftereffects. I was given it for Christmas 2017, and read it in a rush (it’s a very, very good book), and then went out to find everything else that I could by Lloyd Parry. This was even better than Ghosts of the Tsunami: it starts off as being about the disappearance and murder of Lucie Blackman in Japan in 2000, and then transforms into a discussion of the organisation of a whole society and its laws, with the amoral and seemingly untouchable figure of the murderer and rapist Joji Obara at the centre of the story. It’s not a prurient book, but one that displays very clearly how things that we sometimes think of as being fixed (in particular basic ideas of morality) are endlessly flexible and always shifting. It scared the willies out of me. 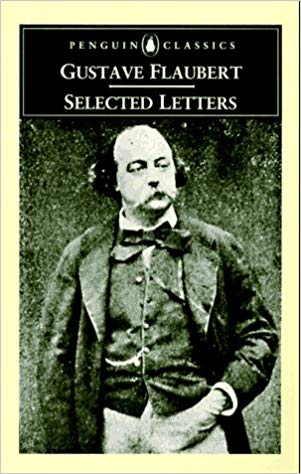 Gustave Flaubert, Selected Letters, translated by Geoffrey Wall. I had a copy of this book when I was about sixteen, and pretentious, and I never read it and then I sold it. I ordered it up on a whim in the middle of the Beast from the East, and sat in the Cambridge University Library with my leg pressed against a radiator pipe and my shoulder against a cold glass window and read it and baked and froze and looked out at the snow and felt extremely glad that I hadn’t read it before. I really know very little about Flaubert: he’s the sort of writer that when I was sixteen I would try to read and pretend to have read, but never really get anywhere with. (I’d list the books of his I haven’t read, but it would only embarrass all of us.) But you can open this book at random and be guaranteed that what you read will be interesting and funny and human.
I’ll do it now: the sortes Flaubertianae gives me this:
‘At the moment I am reading Madame d’Aulnoy’s children’s stories, in an old edition in which I coloured the pictures when I was six or seven years old. The dragons are pink and the trees are blue; there is one picture where everything is painted red, even the sea. I find them most entertaining, these stories. You know it is one of my cherished dreams to write a tale of chivalry. I think that such a thing is feasible, even after Ariosto, by introducing an element of terror and a poetic grandeur which it lacks. But what is there hat I do not have an ambition to write? When will my quill ever stop this voluptuous itching! Farewell, be of good cheer; I am coming to see you at the end of July; in another six weeks; until then, work well, hundreds of little kisses all over, particularly on the soul.’
Everything’s there, even in a random selection: Flaubert must have had the best eyes of any writer.

Brief anecdotal interlude: So, I read the Selected Letters and loved it, and tried to find a copy online for myself, but the only one I could find of this edition cost something weird like sixty quid, so I wrote Professor Wall a fan letter at York University and he sent me one for free. What a mensch. 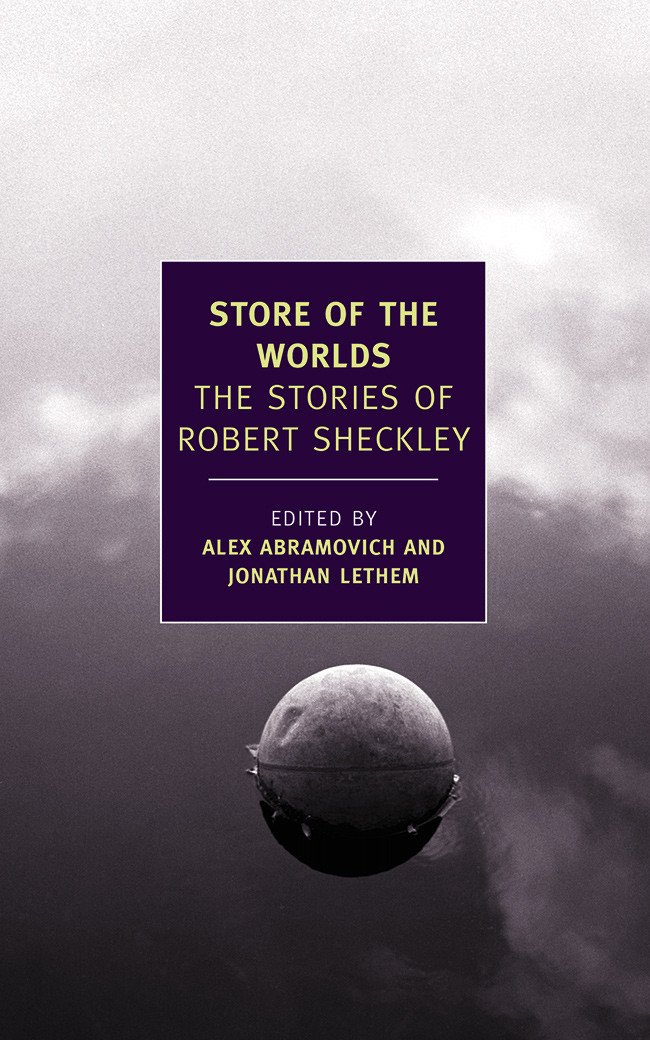 Robert Sheckley, Store of the Worlds, edited by Alex Abramovich and Jonathan Lethem. I read a couple of the stories in this book while browsing and was hooked enough to buy the whole thing. They’re wonderful, very funny, very sly science fiction stories. They remind me a lot of John Collier, which is about as much praise as I can give anything. (Speaking of Collier, go and read ‘The Touch of Nutmeg Makes It’ right now. The text is here, first story in the book, and even in that slightly grotesque online format it’ll make your hair curl.)

Robert Carver, The Accursed Mountains. Mongolia and Albania are the two countries I’m a little bit obsessed by. I started Mongolian lessons this year, which is a pretty serious step to take on a whim. With Albania, at least, I’m still only on the reading and fantasising stage. This is another very funny book (apart from the Lloyd Parry, all the books I’ve liked best this year have been largely funny: geopolitics must really be getting me down): a narrative of a tour of Albania. A certain faux-naïve, clear-eyed way of describing a society that seems almost unreadably alien in some ways. Other Albania-related books I read this year—told you, little bit obsessed—are Edith Durham’s High Albania (now she had balls) and Luljeta Lleshanaku’s Negative Space, which is probably the best book of poetry I read in 2018.

Elsa Lanchester, Herself. The photo above isn’t the cover of the edition I read it in, but it’s a much more accurate one than the pinkish 1980s version I had: there’s a review of the book online with the title ‘Elsa Lanchester Was Born To Defy Heteronormativity‘, which is a slightly po-faced way of stating the case, but it’s certainly true that—like the Bride of Frankenstein imagery—the book is very much about appearing slightly other, inhabiting the gaps that people might not wish to acknowledge. That makes it sound serious, and it is serious, I suppose, but it’s also very well-written and very funny. Here, again at random:

She’s a very good writer: apparently she’s got some albums of songs as well. My first project for 2019 is clear.