The most famous thing that W.H. Auden said was probably ‘Poetry makes nothing happen’. It’s a line that’s often produced as a justification for inaction, or else an attack on the idea of poetry. Why are you wasting your time with this, when poetry makes nothing happen? The problem is that it’s a cut-off quote: it comes from Auden’s ‘In Memory of W.B. Yeats‘, and the relevant section of the poem runs as follows:

You were silly like us; your gift survived it all:
The parish of rich women, physical decay,
Yourself. Mad Ireland hurt you into poetry.
Now Ireland has her madness and her weather still,
For poetry makes nothing happen: it survives
In the valley of its making where executives
Would never want to tamper, flows on south
From ranches of isolation and the busy griefs,
Raw towns that we believe and die in; it survives,
A way of happening, a mouth.

So, poetry is not a force for change. Writing about mad Ireland will not make Ireland less mad; writing about the rain will not stop the rain from falling. This is obvious. What happens next is less obvious and more hopeful. Poetry survives. It is immune to political interference. It travels from the basic springs of human experience, the ‘Raw towns that we believe and die in’ (hey, nice zeugma!) and makes its presence felt subtly: it is ‘A way of happening, a mouth’. Poetry does not die, and its effect is not immediately and bluntly transformative; rather it is inscribed in the way in which we exist and interact with the world. Not for nothing did Yuri Olesha say that writers are the ‘инженеры человеческих душ‘ (engineers of human souls): a writer is not focussed on achieving particular goals, but instead works to change the ways in which people approach the world. Ways of happening.

All of which takes me to the question of what I did on my holidays. A few months ago, my friend Ivar, who works for the Norwegian Helsinki Committee, wrote to me with an odd request. He was on an organising group, working with the human rights non-profit Crude Accountability to support the Prove They Are Alive! campaign, which lobbies the Turkmen government on behalf of the political prisoners currently incarcerated there. According to the campaign organisers, there are currently 112 individuals who have been disappeared into the Turkmen prison system and who are held there without any access to lawyers, their families, or any external institutions at all. For many of these prisoners, it is not known if they are alive or dead; the natural, sad conclusion for many of them is that they are dead.

In 2004, a number of poems by the former Turkmen Foreign Minister, Batyr Berdyev, were smuggled out of prison and out of the country. He had been arrested in December 2002 and accused of taking part in a coup attempt against the then president, Saparmurat Niyazov. There had been occasional rumours that he was still alive, but nothing since 2007, when the new president of Turkmenistan, Gurbanguly Berdymukhamedov, said in response to a question about Berdyev’s whereabouts that he was sure he had not died. However, these poems are the only concrete indications that Berdyev was alive, and they date back more than a decade.

The Prove They Are Alive! campaign decided to use these poems as a tool to increase public knowledge of the situation in Turkmenistan. They prepared a translation, which Ivar arranged for me to have a look at and work on, and they launched it at the OSCE Human Dimension Implementation Meeting 2017, which is still taking place in Warsaw as I write this. It’s a human rights conference; I was told that some parties did not like the phrase ‘human rights’, hence the unwieldy official title. Whatever brings people together.

So, I went to Warsaw. The book was launched in the early-evening slot at the conference, in a room high up the Polish national stadium, which my friend Jon told me used to be a large Russian bazaar. Appropriate-ish. There were four of us to launch the book: Arkady Dubnov, a journalist and expert on Central Asia, who wrote the introduction and who spoke about the current situation in Turkmenistan; me, who spoke a little about how ‘poems from prison’ is an unfortunately prevalent genre in Russian-language writing (I also got to quote Mandelshtam’s delicate statement to his wife: ‘Чего ты жалуешься, поэзию уважают только у нас — за неё убивают’); Janice Helwig, who had known Batyr in Vienna, and who was able to speak about him in warm and personal terms, and Yuri Dzhibladze, who was able to speak about how the Prove They Are Alive! campaign was progressing and what its next steps would be. The meeting was bookended and interspersed with readings of Batyr’s poems in their original Russian and in translation: they are all poems addressed to his wife and son, all trying to create a possible escapist world in words which counter the situation in which he has been placed. Afterwards there were contributions from the floor: it turned out that a large proportion of the audience had direct experience of what it meant to be in a Turkmen prison.

I don’t have much direct experience of human rights activism, but the impression I have is of water gradually eroding a stone. Or else of ants eating a gecko. If it’s done right. Hundreds of tiny actions, or actions which appear tiny at the moment of their performance, but which add up to greater achievements. The gecko is eventually broken down and removed. This book is a small step in the right direction: it has already been sent to various people and their reactions have been largely positive. It is an odd feeling to be told that work you have looked at, had a hand in translating, has made ambassadors feel uncomfortable, has inspired people to think in new ways, and may at some point in the future form some small part in catalysing change. I am not silly enough to think that this book in itself is going to change the world: poetry makes nothing happen, after all. But it might be helpful in performing a kind of small stealthy reassessment of ideas and approaches to this part of the world. 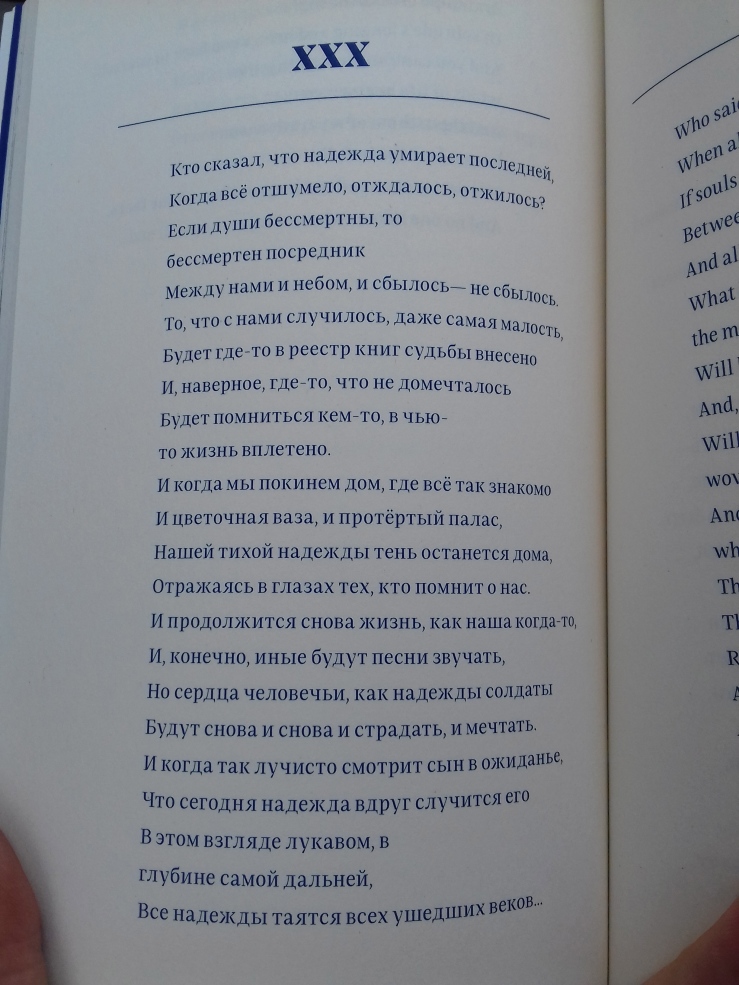 I think this is my favourite of Batyr’s poems. The translation I worked on, slightly altered, is below.

Who said that hope dies last,
When all the bustle, and waiting, and living is over?
If souls are immortal, then the mediator
Between us and heaven is immortal,
And all that has happened might as well not be true.
What has happened to us, even the most trifling thing,
Will be entered somewhere in fate’s registry book,
And elsewhere, probably, our unfulfilled dreams
Will be recalled, woven into someone’s life.
And when we leave our house, where everything is so familiar—
The vase of flowers, the worn-out carpet—
The shadow of our quiet hope will stay at home,
Reflected in the eyes of those who remember us.
And life will continue, just as our own life did once,
And other songs will of course be sung;
Though human hearts, the soldiers of hope,
Will always again and again both suffer and dream.
And when our son looks up with radiant anticipation,
Sure that today his dreams will suddenly come true,
The hopes of every single age gone by
Are harboured in the depths of that sly glance.

The whole of the book can be read here.

One thought on “Human Rights in Turkmenistan”