I’m in the lucky position of having a say, some kind of a say, about the covers of my books. My editor at Carcanet has always welcomed my input. For my first book, Misprint, the choice of cover was surprisingly easy: I was at the time very keen on the work of Komar and Melamid, and I knew that I wanted one of their works. I vacillated a little, thinking which one I particularly wanted, but in the end I decided that the picture of Stalin, ET and Hitler at the Yalta conference was a little too much. 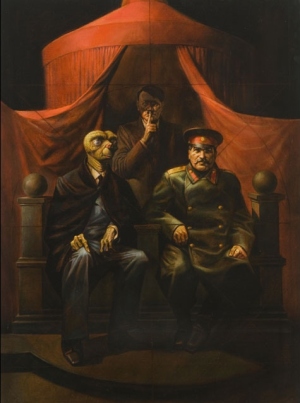 The image I finally chose, The Origin of Socialist Realism (1982-3), is a painting I like very much indeed. 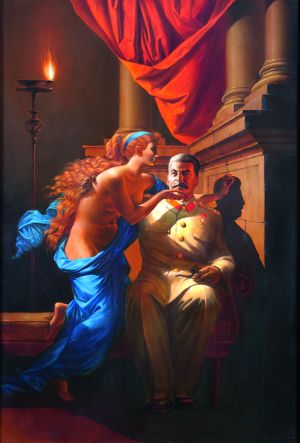 When they agreed to publish my selection of Mayakovsky translations, the process was a little more difficult. My absolute favourite Mayakovsky-related image is this picture of him at the beach, but it’s by Rodchenko, and the rights were difficult to get. 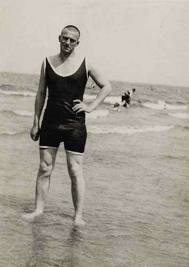 Then I thought about this picture by Vilen Karakashev, which my friend Terry had used as the cover for a little pamphlet of my Mayakovsky translations he printed for a reading I did at his bookshop. It would have been great, but was maybe a bit difficult to manipulate. 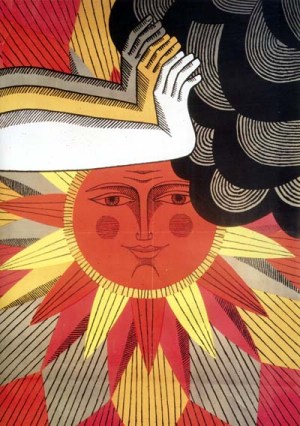 And in the end, the choice of the El Lissitzky squares was obvious: simple, and still futuristic after all these years.

And now, once more, the same question. I have a book coming out next autumn, and I need a cover image. I’m tempted by this one by El Roto, who has said, very kindly, that I can use it. The book is called On Trust, and I think this sums up most of the things I want to say. 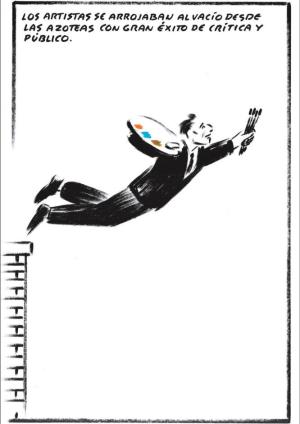